Art & Gifts company belonging to the Rosco Polska group has the honour and great joy to invite you to an extraordinary concert, during which the stars of the Polish stage – Kasia Cerekwicka, EVA, Sławek Uniatowski and Łukasz Zagrobelny, will take you to the magical Christmas and film atmosphere.

Songs from the repertoire of Frank Sinatra, musical Beauty and the Beast and world hits are only a small part of the concert repertoire.

Chopin University Big Band under the direction of its charismatic bandleader Piotr Kostrzewa will take care of the musical setting.

We are convinced that the musical gifts given by the performing stars will remain with you at least until the First Star appears.

The concert will last about 120 minutes. 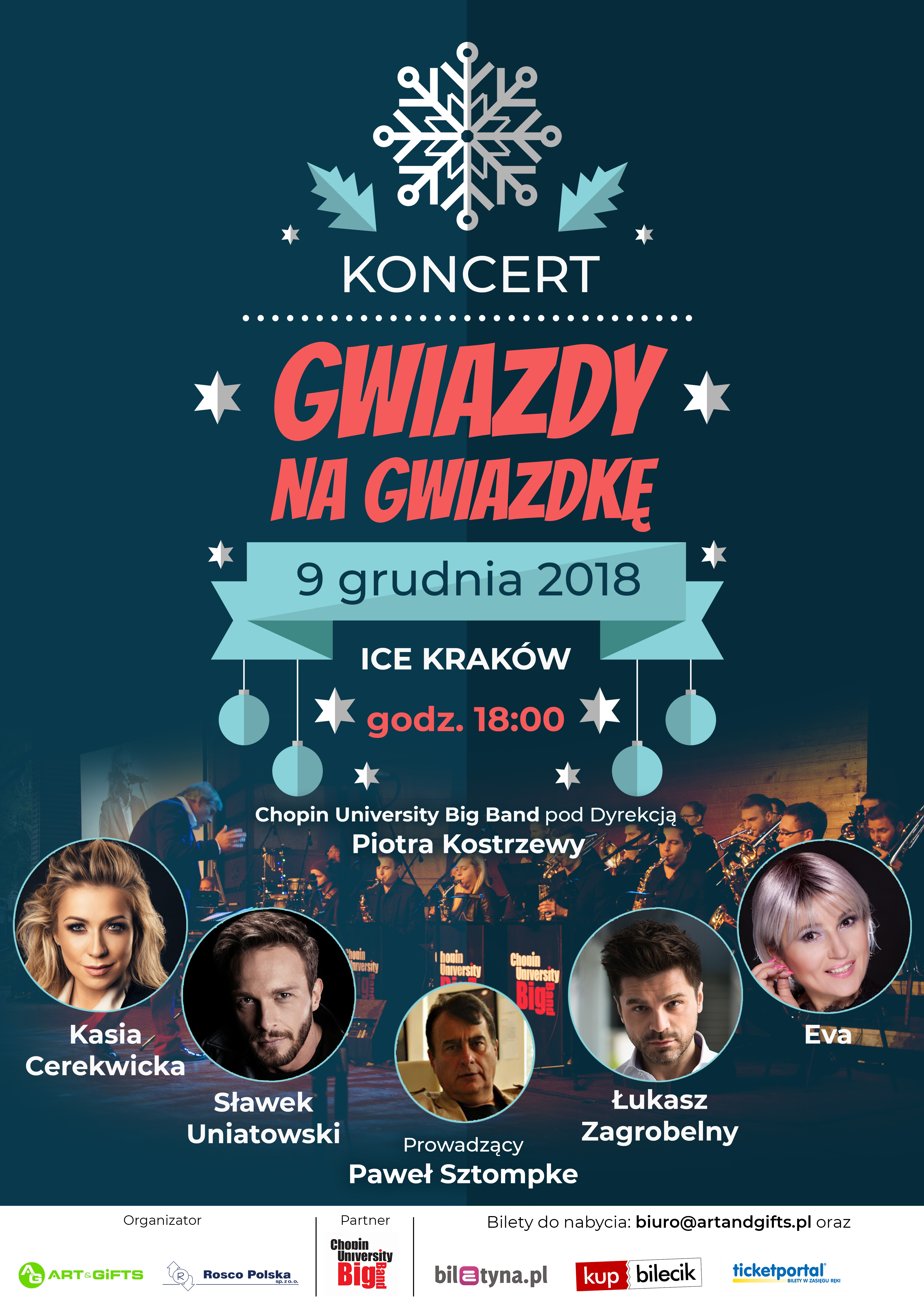